Are You Gritty: 3 Ways to Get More Grit 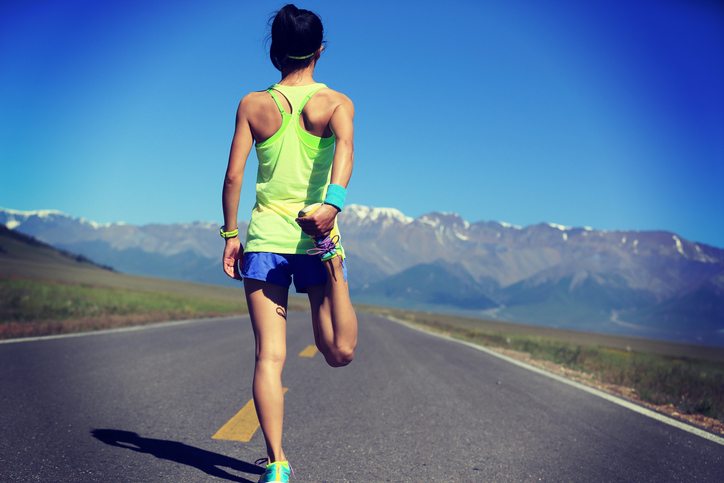 Grit: Do you have the passion and perseverance for the long haul?

Is grit something we should really be talking about? Is this a concept that has its own legs – or is it just the latest buzzword for “mental toughness”? I gotta be honest – I kind of ignored the whole concept for a while. I ignored it until a friend and colleague of mine decided to write a book about it (it’s coming out this year and I’ll be sure to tell you when it does!), and after watching Angela Duckworth’s TED Talk from 2013, I realize I’ve apparently been ignoring it for a LONG time.

It’s sort of good timing – this quest to discover grit – because according to Duckworth’s research, grit has to do with the concept of having passion and perseverance for long-term goals. This being the time of New Year Resolutions, it’s seems appropriate to be talking about it. In sport psychology (and general psychology) there is research on hardiness, mental toughness, and resilience – so why grit? How is it different?

For a 6-minute video, it’s pretty fascinating. One of the things that stood out to me the most is when Duckworth mentioned that grit is actually unrelated and even inversely related to talent. Whoa. That said, Duckworth’s research is mainly in educational psychology versus sport psychology. In fact, very little research has been done on the personality trait of grit and its relationship to sport performance (although I have a feeling that will change). The most fascinating study I found was trying to predict life satisfaction and sport engagement of wheelchair basketball players looking at the constructs of grit, resilience, and hardiness (Martin, Byrd, Watts, & Dent, 2015). The researchers wanted to know if grit could predict sport engagement and life satisfaction outside of hardiness and resilience. They found that the athletes with the highest levels of hardiness and resilience had the highest quality of life while the athletes with the highest levels of grit and resilience had the most engagement in their sport. OK, OK; I hear you. No more ignoring grit.

I also don’t think it’s a coincidence that we’re seeing this interest in grit at this particular time in our culture when advances in technology have created a voracious hunger for instant gratification. So if you want to know if you have what it takes to make your goals stick, it’s time to check out your grit factor. Here are three vital components of grit:

Make sure you are passionate about what you’re going after. Passion for your goals will help you make it through the long haul. It helps you stay motivated and committed when things get tough. Does this bring you joy and satisfaction? Does it make you feel proud and amazed? Does it make you want to jump out of bed in the morning? If thinking about your goal or involvement in your sport makes you think “meh”, it may be time to reevaluate and find something you are passionate about to increase your grit factor.

Don’t turn tail at your first failure. Imagine how many things that never would have been created or discovered if people quit at the first sign of failure. When you have grit it means you are able to maintain your self-worth and confidence in the face of failure. It means you take in those failures as information to work with and build from versus information that makes you want to drop everything and quit. Failure might still sting a little, but when you have grit, it inspires you to want to do better.

Instead of letting boredom be a sign to switch gears, people with grit persevere. They don’t give up or jump into something else as soon as things get hard. In my book On Top of Your Game I talk about the importance of turning obstacles into opportunities. Any road worth traveling on is going to have setbacks and how you handle those setbacks is a determining factor in your level of grit. Can you stay the course when things don’t immediately go your way?

There’s a reason why the most talented athlete doesn’t always emerge as the victor. It takes more than talent alone to be at your best. When you have grit, it means you don’t just look for the short cut. It means you don’t settle for “good right now” when you could have “AMAZING later on”. It means you understand that there is a greater victory waiting for you at the end of this road and you’re willing to gut it out and see it through. You’re willing to do the work to get to the top of the mountain, instead of get to a view of the mountain and think “that’s kind of far, this is good enough”. Get your own grit score and see where you size up.

BTW – here are the books I immediately ordered – to add to my very long reading list – while writing this post:

Grit: The Power of Passion and Perseverance, by Angela Duckworth

Mindset: The New Psychology of Success, by Carol Dweck

Resilience: Why things bounce back, by Andrew Zolli