The Science of Sport – Interview with Shawn Heidgen of TrainingPeaks 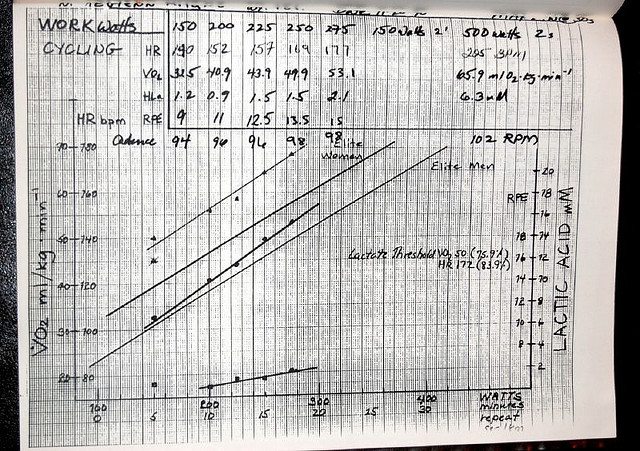 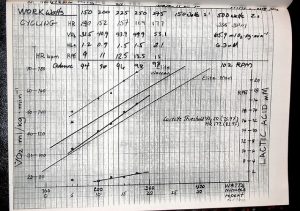 Every endurance athlete knows that there is both an art and a science to training and competition, but not every athlete commits to working on both. I was invited to be a speaker at the Women’s Cycling Conference at the U.S. Bicycling Hall of Fame in Davis, CA. Bill Nicely, General Manager of Pinnacle p/b Argon 18 Cycling Team, organized the conference that brought together a solid group of speakers that covered everything from optimal nutrition and the physiology of training, to improving mental strength and learning how to balance cycling and life. Among the list of amazing speakers (yes – I just referred to myself as amazing) was Robin Farina, Judd Van Sickle, Stacy Sims, Felicia Gomez, and Shawn Heidgen.

After the conference a few of us went out to dinner and Robin, Shawn, and I got to talking about the current state of women’s cycling. During the course of the conversation one of the topics we covered was how some athletes are really intimidated and overwhelmed by gathering performance feedback and delving into the science of their training. Shawn works as an Education Specialist at TrainingPeaks and at the conference she was teaching participants about the TrainingPeaks software and how to train efficiently and measure training progress. She has been involved in the cycling world since 1992, as a regional racer, then later as a professional cyclist turned coach and entrepreneur (some of her career highlights include being the 2002 Illinois State Mountain Bike Champion, 2x finisher of the Giro d’Italia Femminile in 2003 & 2004, and 2x winner of 24 hours of E-rock Mountain Bike Race in 2009 & 2010). She also provides data analysis for the Tour de France, USAPC, and other races.

I brought Shawn here to share her thoughts on the science of sport performance and the importance of using that data to inform your training and racing decisions.
[hr]
Carrie: For those not familiar with TrainingPeaks, what kind of data does it track? 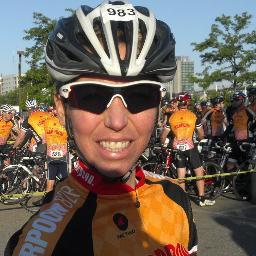 Shawn: TrainingPeaks is the industry leader for endurance coaches and motivated individuals, to monitor, analyze and plan their fitness and nutrition for peak performance. We are compatible with over 90 devices (Garmin, PowerTap, SRM, Stages, Quark, Timex, etc). Athletes can upload their nutritional and workout data to their TrainingPeaks account for detailed analysis and also plan future training. We offer advanced metrics that will help athletes reach their goal event in peak form.

Carrie: How has using data helped you with your own performance?

Shawn: Now I am going to date myself…and this is going to get long. Before I raced professionally, I suffered what should’ve been a career ending hip fracture in 1997. The really funny thing is that when I broke my hip the first time (yes, I did it twice) I wasn’t even that good of a cyclist. Fast forward a few years and through the Chronic Pain Program at the Mayo Clinic, being on crutches for 6 months, and being told that I’d probably never ride again let alone race, I somehow made it back to bike (thanks to an amazingly supportive husband). I still remember being able to ride for only 15 minutes at first. Well, I may not have been a physically gifted athlete but I am stubborn and determined and that was enough.

Being in chronic pain, I was very limited to the type and amount of training I could do but my mental focus was better than ever. That was the one incredible thing that my broken hip and chronic pain gave me. You really do look at life, at racing, at pain differently. In so many mental ways, I became a better athlete than ever after breaking my hip. I could suffer like you cannot imagine on the bike and I no longer had a fear of failure. I just went for it, whatever it was and gave it everything I had because I was just lucky and happy to be out there and I knew that what ever time I had racing, it was borrowed time and I wasn’t going to waste any of it. So, with the help of some great coaches, we created a very specific and focused training plan. But, in order to make it all work, I had to measure, record, and analyze everything and that is exactly what I did.

I started training with power around 2000. There was an indoor trainer made by Cateye that measured power. Not exactly accurate but it was consistent and it worked. Then came my first Powertap, shortly after the Cateye. So, I was recording my watts, heart rate, gearing, time, cadence, speed, etc. Everything and anything I could measure I did and recorded it all. All hand written back then, but the knowledge I gained was priceless. I learned what I could handle, what was too much, and how to make every workout count. The data allowed me to come up with measurable and attainable goals. Eventually I was able to compete on a national and even international level despite only being able to do a fraction of the training that most of my competitors were doing.

Carrie: Why do you think some people are intimidated by the “science” of sport performance?

Shawn: In the past, scientific analysis was labor intensive and time consuming. The athlete or coach had to perform the calculations themselves (if they even had access to or knew how to), using complex formulas and algorithms. But, with programs like TrainingPeaks, all the number crunching is done for you. We take the raw data and perform the calculations translating it into easy to understand charts and graphs making it ready to be analyzed by the coach or athlete. I think it’s important to note that we don’t prescribe to a certain coaching or training philosophy and we are NOT a coaching company. We are a software company. So, the coach and athlete still applies their own methodology to training, we just report the data so that you can train as effectively and efficiently as possible.

Carrie: How does having this kind of feedback help people with their training and performance?

Shawn: It is truly amazing. Joe Friel likes to tell people that when you start tracking and analyzing your data, it is like getting glasses for the first time. Suddenly, everything is clear and in focus. So many athletes talk about “peaking” at the right time and how difficult it is to do. Using features like the Performance Management Chart, we literally take the guesswork out of peaking. The athlete knows exactly how taxing each workout is and also the cumulative effect it has over time and can then plan future workouts and know exactly how those workouts will affect fitness and fatigue. Pro Tour riders are now using and even depending on TrainingPeaks to track and plan their seasons, to monitor their fitness level and dial in their training and recovery precisely.
[hr]
The major take-aways from Shawn’s interview is the fact that if you want to see some true measurable improvements in your results, you need to be deliberate and focused with your training. If you want to improve your performance, you have to build from where you are now and the only way to effectively and efficiently do that is through gathering, processing, and implementing feedback. By being specific with her own goals and letting the data inform her decisions, she had the roadmap of where she wanted to go and the knowledge of how to get there. Gathering, processing, and implementing feedback allowed her to be optimally efficient and effective with her training.

TrainingPeaks is just one example of the many tools available for gaining feedback. From using video analysis, to written daily training logs, working with a coach, and reflecting on your race – there are many different sources for feedback and you gain valuable information from each one. Decide right now what kind of feedback you need in order to improve your performance and and then figure out where can you get it.

Are you an artist or a scientist (or a little of both) when it comes to training? What kind of data do you keep track of and has it helped your performance? Let me know in the comments.